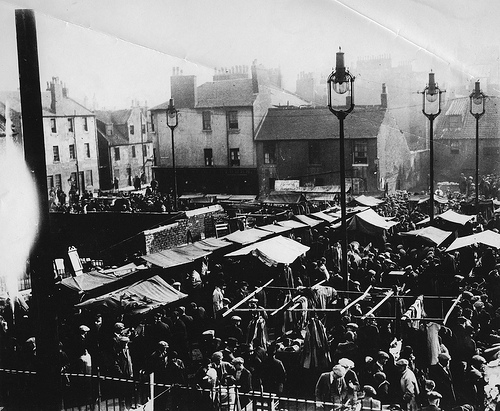 Our Artist for December 2018, is Bex Massey, Based out of London and working in the uneasy space where paintings negotiate their status within a larger immersive work, Bex described her work as reflecting the especially disposable nature of British pop culture.  verisimilitude brushes against neon over saturation and advertising language to create something unnerving. A large portion of the paintings on her website are installed either on the edges of tables, or balancing  on balls, see-saws, etc. Like pies on windowsills, their is a liminal quality, where the viewer seems to  have arrived just in time.

This treatment occasionally produces delightful spring-loaded juxtapositions, A close cropped realistic portrait of Owen Wilson balances on a see-saw mirror surrounded by plastic palm trees, aside from its excursion into the expanded field, the only jarring element of the painting itself is Wilson’s eyes, dilated to extreme  blackness like the x-files bee dome monster. I was completely befuddled by a painting of Nelson Mandela from the same year, installed in a similar way,painted in a lighter wash. 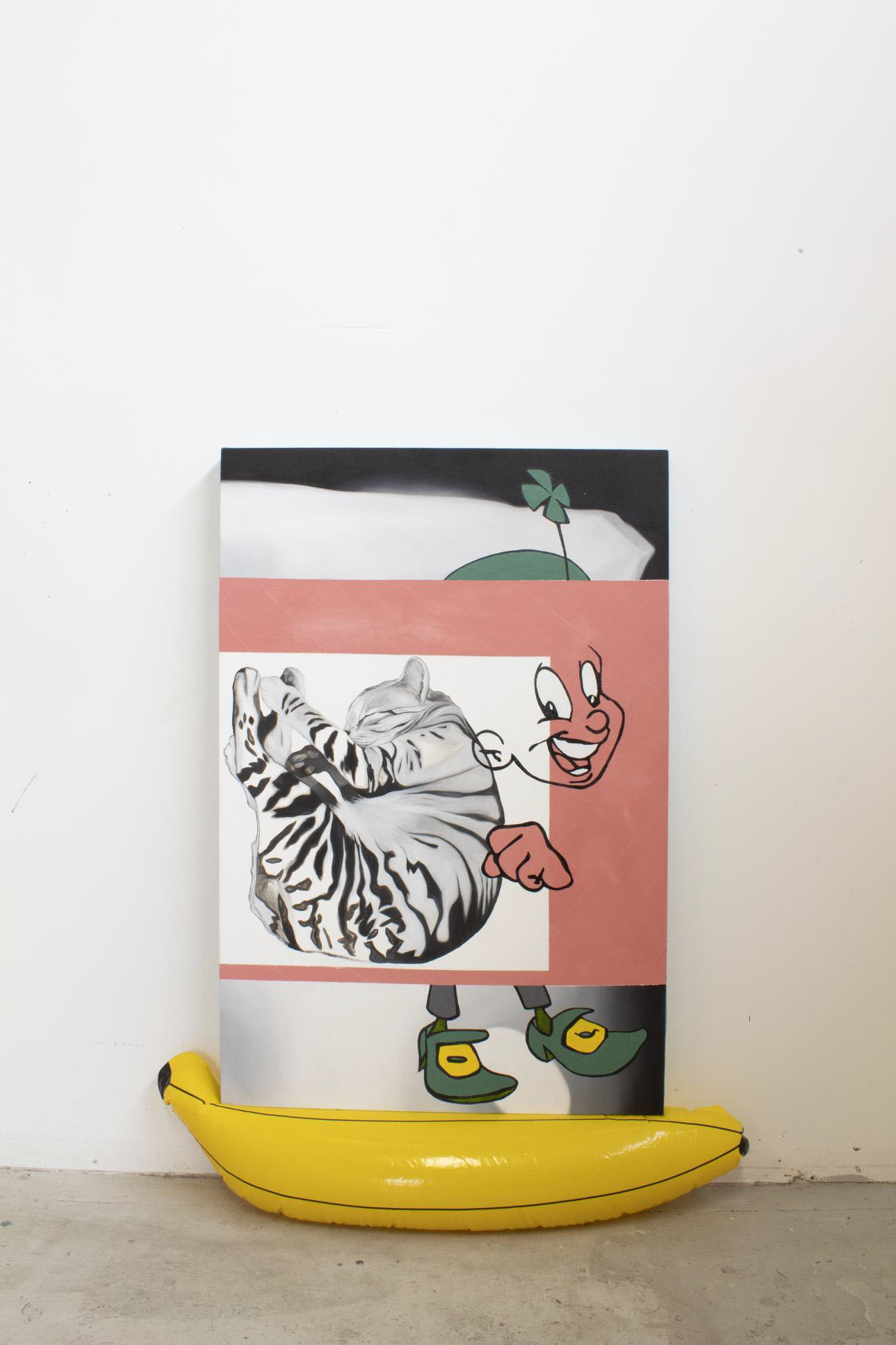 ‘Soft Brexit’ 2018, oil and enamel on canvas with inflatable banana.

There is an element of installation in this work, or sculptural presentation, do you feel like the paintings change dramatically in different contexts? is there some tension here?
I do think it changes in different contexts and this is why I like to alter and distort the manner
of display. I also enjoy balancing stretchers on inflatables, stacking them on top of each
other and suspending them from the ceiling as painting comes with a huge amount of history
of art regarding how we should view it in terms of value, curation and subject matter.
Sometimes its good not to fall in line. 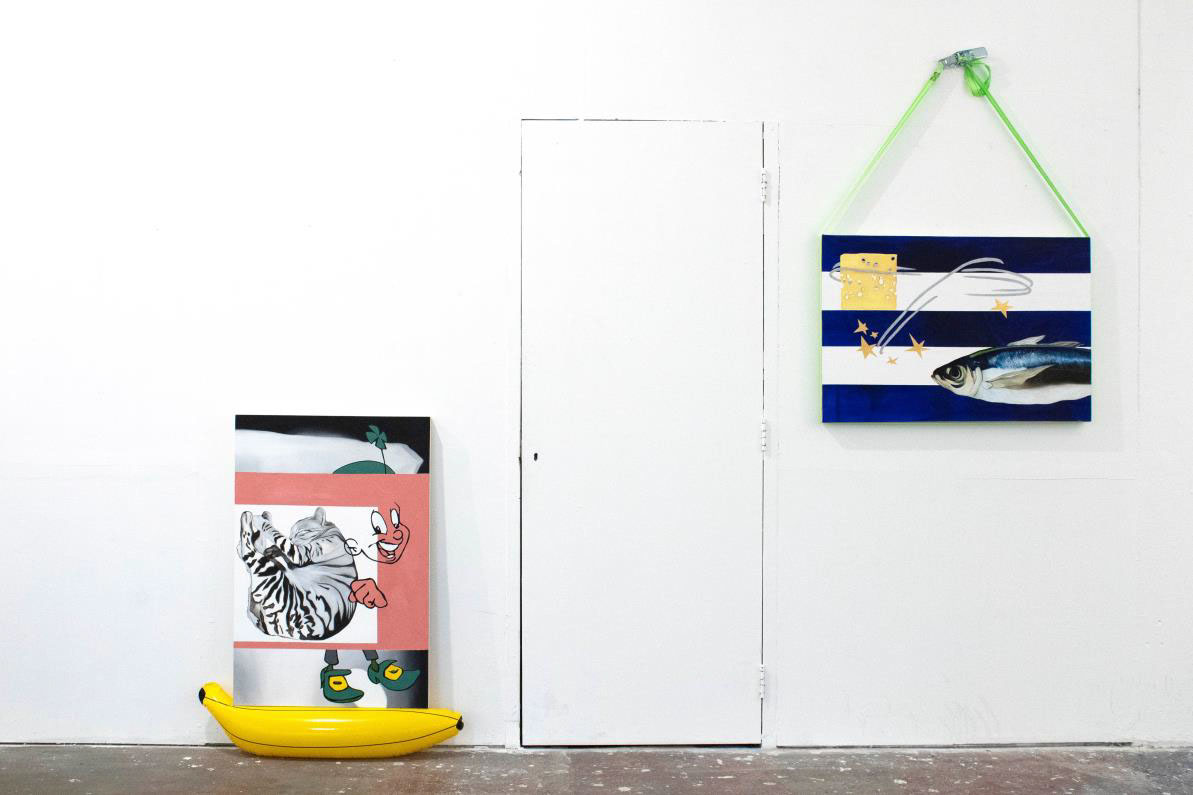 Images sourced from pop culture/advertising, the lucky charms leprechaun or the turkey packaging, could you tell us a bit about sourcing these images?
I appropriate imagery from my childhood. This 80s 90s overlap is accessible to all and
doesn’t take itself very seriously. In an era where we are desensitized to peoples suffering
due to a stratospheric over use of imagery thrown at us via the Media-looking at dated
recognisable packaging and nostalgic prints brings a certain safety to it.

Would you call these optimistic paintings?

Maybe optimistic in the manner in which I choose playful imagery to discuss difficult topics.
Maybe more tongue in cheek?

Favourite Beatles song? another question to ground the prize in the UK.
Hey Jude

Best Greggs Item? curious if you got the vegan sausage roll, I’ve seen a few online think pieces about vegan items in fast food and what they ~mean~

Sausage Roll.!! I have taken up the vegan/traditional taste trial and happy to report that the
vegan option weighs in real strong.