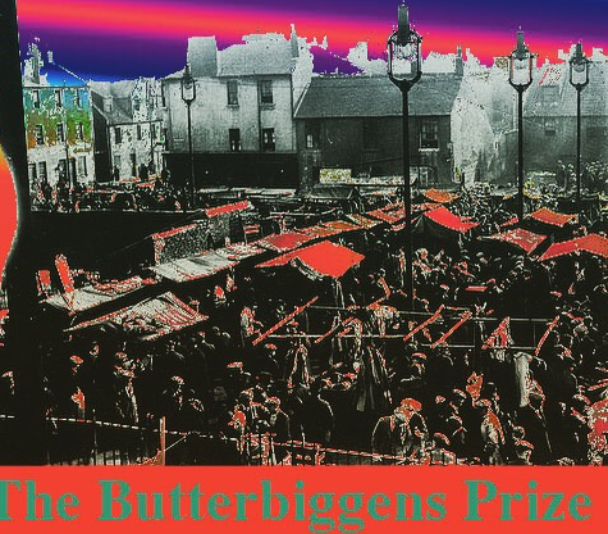 The Butterbiggens Prize is pleased to announce our featured artist for July, John Carroll.

Recently completing a large scale collage of a full breakfast as part of an exhibition in France, Carroll works in pastels and acrylic paint, largely on paper. Please click through for a short profile and some images. 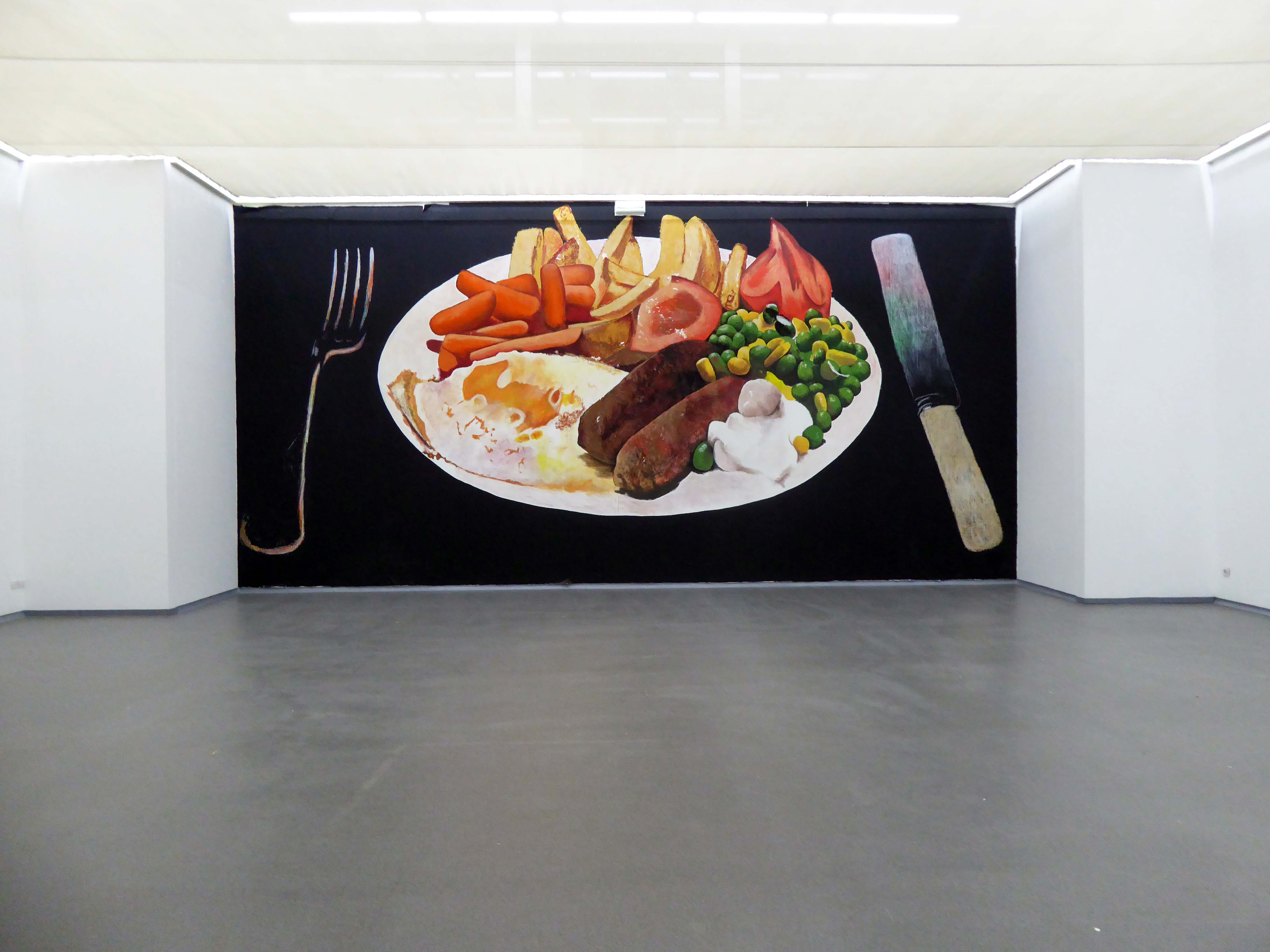 Have you seen any good painting shows lately?

As you know I spent some time in France recently, I went to the City art gallery in Lille and really enjoyed looking at there collection of 18th-century French paintings, they also have a superb collection of European medieval religious sculptures. 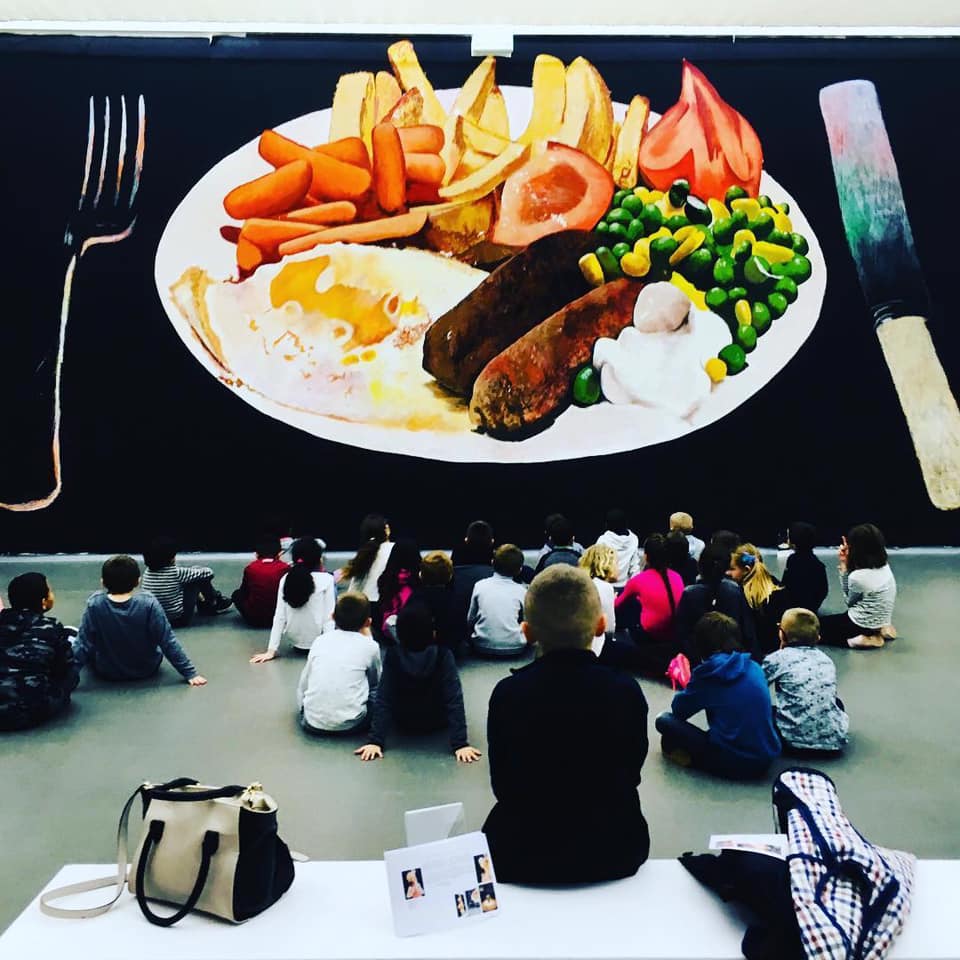 I have a particular interest in still life and have been a bit obsessed with the work of the 18th century painter Jean Baptiste Simeon Chardin lately. I know he is a renowned master who is widely admired, but I don’t think he has had a retrospective exhibition in the UK for a long time, I think it would be great for young artists to see his work, He was greatly admired by the progressive artists of the cubist movement. 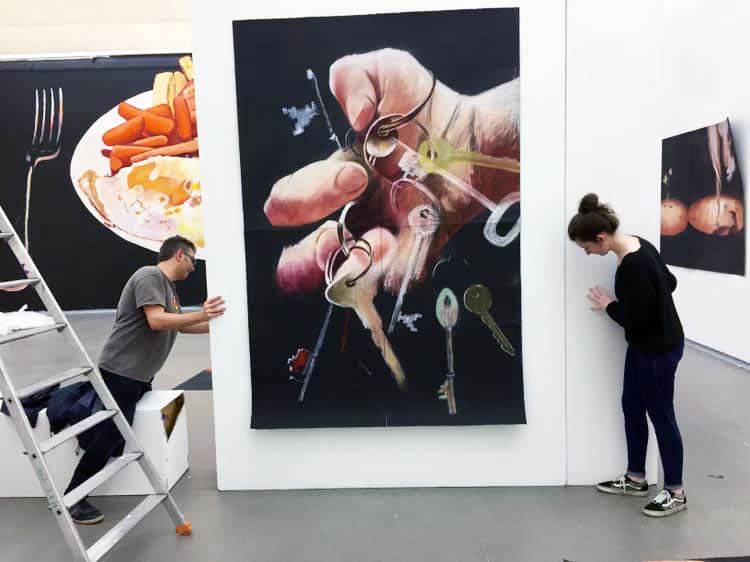 Curious about the subject matter seems very British in a way, but parallel to artists who make images of junk food in other countries, or perhaps there is something about the ironic still life which is of the moment, wonder how it was received in France.

The idea to make an image of a plate of food grew out of a series of still life compositions I have been working on for the past four years. The compositions consisted of objects that myself and my partner had accumulated over the years from our family, placed on our kitchen table . These were intermingled with everyday ephemera from our everyday life {kitchen utensils, gas bills etc} . I decided to focas on what we all do at a kitchen table , which is eat . My Mother passed away a few years ago and I was thinking about the family ritual of making meals etc , The meal depicted in this artwork is a typical meal that my mother might have made for me , sausage egg chips etc , and this is the same meal that i have prepared for my own children . So the idea behind this artwork is to celebrate the humble everyday plate of food, made with love. Strangely enough the exhibition opening was on the 29th March , which was supposed to be the date UK left the EU . There was no political message I was trying to say in this work . It was fascinating to here the response from people who visited the show , whoever heard of a plate of northern grub as being BEAUTIFUL !! also they thought that we put cream on our food , because Uk mayonnaise is white , its yellow in France , and our peas ? why are they say crazy luminous green?